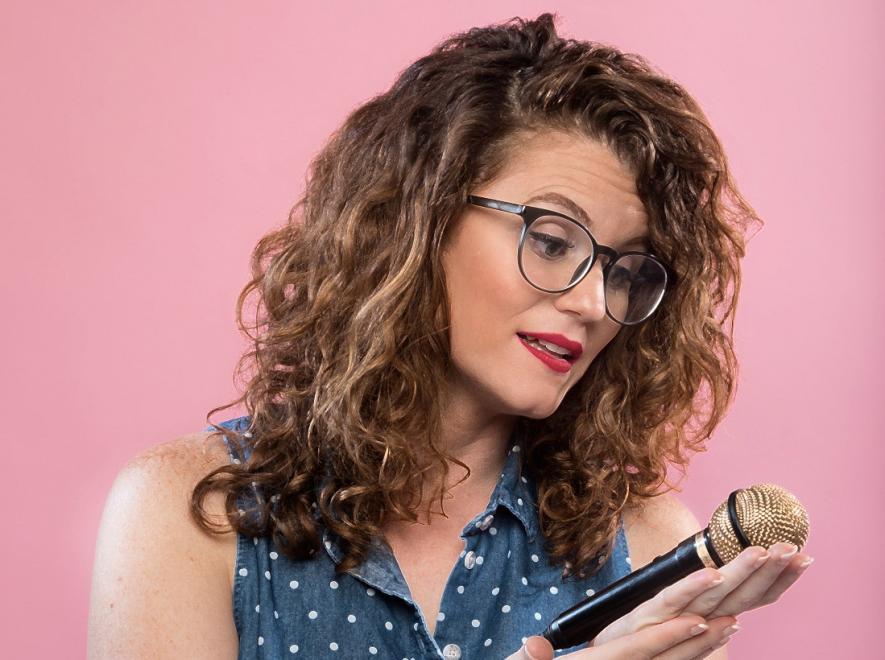 Big hair. Big heart. Big mouth. Babs Gray is a comedian, podcaster and writer whose podcast Britney’s Gram kicked off off the international #FreeBritney movement, as mentioned in the Framing Britney Spears documentary on Hulu. Her new podcast Toxic: The Britney Spears Story examines how Britney got into this situation and is now available on Stitcher and Apple Podcasts. Her first comedy album IF I DID IT was just released with A Special Thing Records. Babs is also a co-host of the hit podcast Lady to Lady, which recently joined the Exactly Right network, home of My Favorite Murder. BUST magazine deemed it “the funniest podcast ever.” The ladies host a guest as they dish out strong pop culture opinions and embarrassing personal revelations. As their podcast intro says: "Can you keep a secret? Neither can we." Babs Gray’s intense yet goofy stage presence combined with vulnerably dark material have made her a staple in the Los Angeles alternative comedy scene. Along with touring all over the country, she was featured in Comedy Central's CC Featuring, and she has co-starred in Corporate on Comedy Central. She can also be seen on Hulu’s Coming to the Stage, Nick Swardson's digital series Typical Rick and MTV’s Acting Out. She has been a contributing writer for the hit show Billy on the Street in addition to Magic for Humans on Netflix and Rachel Dratch's Late Night Snack on TruTV.