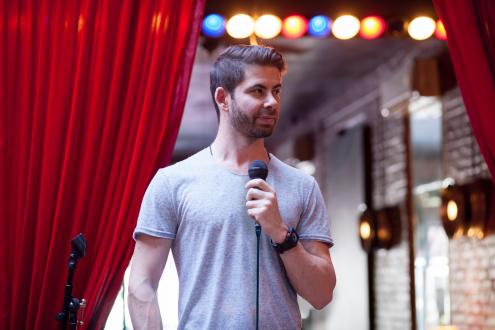 With family spread across two continents and a career as a globe traveling television producer, Justin brings a unique international perspective to stand up through which he can talk about himself, the world and why he'd rather go to prison in Norway than live in Queens. In addition to performing at clubs, theaters and festivals across the US, Justin has toured South Africa, Norway, Sweden, Finland and Estonia. He's written, directed and produced for networks including Comedy Central and TruTV, and appeared on the Travel Channel, Discovery ID and a series of beach destination videos for Fireisland.com. Justin would like to do more of those, please. Whether he’s discussing international affairs or that time he accidentally went on a date with a man in India, you're guaranteed a unique voice and sentences that end with strong punctuation? 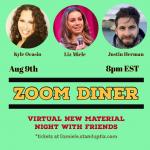