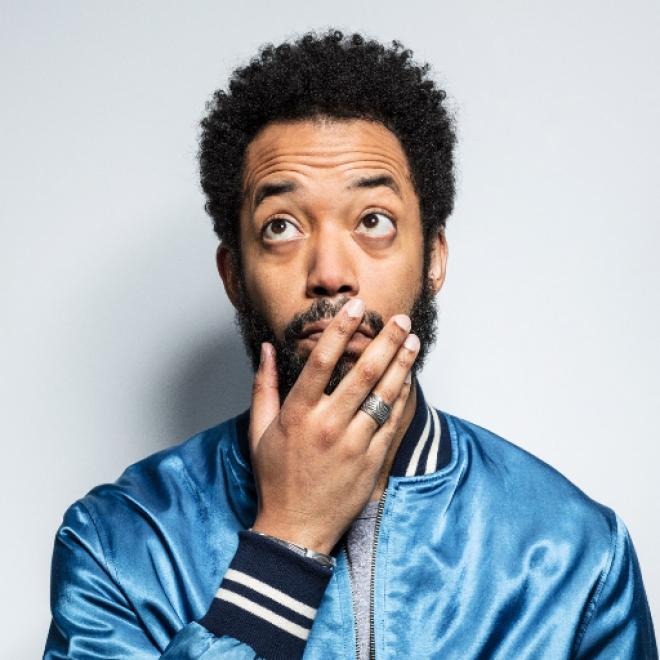 The only Daily Show with Jon Stewart correspondent to ever collaborate with MC Frontalot, the versatile Wyatt Cenac is also a writer, director, actor, and standup comedian. Born and raised in New York City, Cenac was a writer on the animated series King of the Hill before landing a writing and correspondent gig on the Daily Show in 2008. In 2009, he displayed his love of hip-hop by bringing rapper Slim Thug on the show for the song "Still a Boss," while two years later he made a guest appearance on the MC Frontalot album Solved. He also debuted his Comedy Central television special Comedy Person in 2011, with the album of the same name landing that year, while 2012 saw him leave The Daily Show to focus on his solo career. In 2014 his second comedy special, Brooklyn, debuted on Netflix with the accompanying album landing on the Other Music Recording Company.